Sanyuan Temple is the largest and oldest Taoist temple in Guangzhou. Located at the south foot of Yuexiu Hill (No. 11 Yinyuan Road) According to Taoist theory, the sky, earth and water are the three elements that make up the universe.,The Sanyuan Temple (literally “three elements”) was built in the Eastern uin Dynasty, renamed the Wuxing Temple in the Tang Dynasty, but reverted to the Sanyuan Temple during the Ming Dynasty (1368-1644). The open-air Taoist temple offers visitors a quiet retreat from Guangzhou’s busy streets and a chance to see some lovely guangzhou architecture through the incense smoke. Welcome to Guangzhou, HRC is pleasure to provide Guangzhou hotels booking and Guangzhou tour guide. 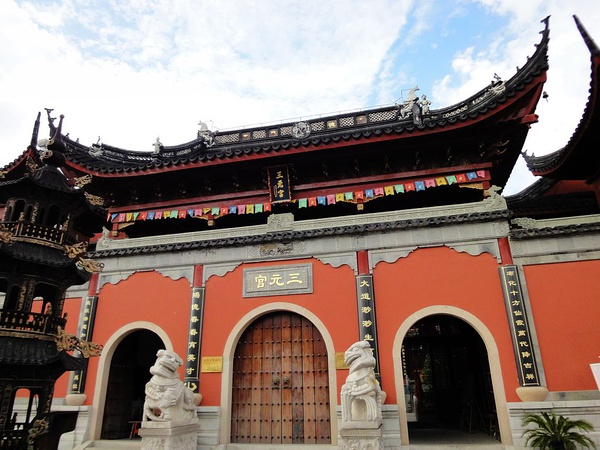 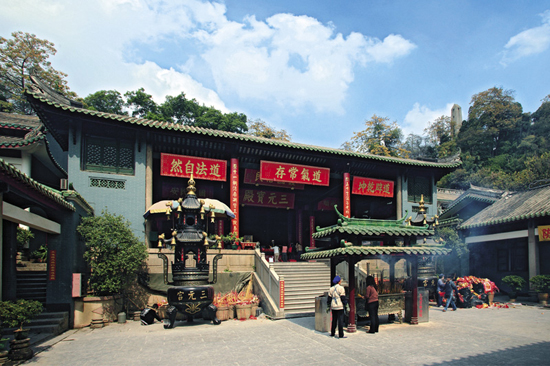 In addition to the main hall on the east side have respectively set up parlor and zhaitang, important buildings, the old ancestral hall and Lvzu Tang. The old ancestral hall is dedicated to Lord Lao Zi. Because he wrote “Tao Te Ching” has laid the theoretical foundation of Taoism, Taoism was founded by the Eastern Han Dynasty Zhang Ling and dedicated bank I as the leader, then respect for Lord Lao Zi, or moral Tianzun of, for people to worship. Basilica of the north-east of Lu Zu Temple. Lu Zu is who? He play the part of the Taoist Eight Immortals, one of a most of the folklore story. Lu Tung-pin the Tang Wuzong Huichang years (841 ~ 846) people, Shun Yeung sub, Taoism the Quanzhen respect for North Wuzu one, known as Lu Zu. New ancestral hall on the west side of the main hall, is dedicated to the Eastern Han Dynasty, Zhang Ling, founder of the Taoist school.
There is a well-known masterpiece written by Ouyang Shan called “San Jia Xiang.” The story was set to the background of Guangzhou’s Xiguan (now Liwan District) in the 1930s.
Address: No. 11 Yinyuan Road 应元路11号
Location: YuexiuOpening Hours: 8:00am-5:00pm
How To get There: Metro 2 Ji Nian Tang – Exit C
Phone no: (020) 83551548